Ministry and the True Self 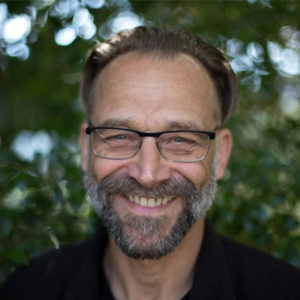 I met with Udo while he was in the process of developing a discipleship project for his Master’s degree. Udo loves planning. It comes naturally and he is good at it, as the successful ministries he has built over the last 20-30 years confirm. Yet it never occurred to Udo that his gifts are spiritual. His gifts are somewhat recognised as needed in Christian ministries, and are often ‘used’, but they’re not celebrated. In a Christian world that exists with a ‘split worldview’, they are second-rate gifts. As a result, Udo had not seen his gifts as ‘spiritual’ and felt he had to bring elements of spiritual formation into his ministry by adding times of worship and intercession. Initially Udo’s wanted to run a course that would help people plan. His problem, however, was making connections to formation. As we met, Udo was able to begin to see his gifts as spiritual gifts that reflect aspects of God’s character. He began to celebrate his own gifts and see them in a new light. He became excited when he realised that he was expected to use his gifts and see God acting when he used them. This was a new perspective. He realised that being spiritual in his project was not reduced to having times of worship or intercession, but that through training people to plan and include Holy Spirit in the process, he was deepening their spiritual formation.

In my experience, even those with years of experience in ministry who know how they are gifted, do not necessarily value what they do so naturally, or understand how their gifts impact other’s spiritual growth. In order to grow into ones calling as a human being made in God’s image, who takes their place in the Body of Christ and in fulfilling the Great Commission, one has to be able to answer the questions: How did God make me? How do I specifically contribute to the spiritual formation of the people I impact through my ministry, with the talents and gifts that are uniquely part of my make-up?

Unfortunately, many Christian environments promote a hierarchical structure where a certain type of person and gifts are celebrated. This derives from a business mindset based on a modern Western interpretation of how to be an effective organisation, rather than the biblical analogy of the Body of Christ. If one doesn’t fit into this category their contribution is less important or valuable. This easily creates a sense of failure and low self-worth for those whose gift set is different than what is expected, valued, recognised, and promoted. Their God-created being is deemed not good enough, and a person is taught to reject themselves or aspects of how God has made them. In this environment people are expected to be and function like the certain leaders who are celebrated and recognised. This results in people living under real or perceived expectations of what it means to be successful.

In addition, for many discovering who God made them to be seems selfish or unchristian. Many Christians have been taught a theology that promotes self as sinful and void of anything good or useful. But this is not God’s view of humankind, whom He declares in Genesis 1:31 to be “very good”. John the Baptist’s quote in his gospel: ‘he must increase, I must decrease’ (Jn 3: 30) is often taken out of context and translated into “I am nothing, nothing good can come from me so I should not contribute anything. God is everything and everything will have to come from him and only him”. But, this perspective stifles growth as it hinders seeing and believing in oneself as God does. It equates being human with being sinful, which is not a biblical understanding. We are to work toward ridding ourselves of sin, not our humanity. Equating humanity with sinfulness causes passivity and encumbers personal initiative in taking one’s place in building God’s kingdom within and through me. It rejects any desire of becoming myself or wanting to become ‘fully human’ as God intended me to be. Canlis agrees,

“Discipleship is a process of Christ-likeness that does not erase us, but brings out our truest selves” and “… transformation is not becoming something other than what we are. But becoming who we truly are for the first time.”

A person with the negative perspective finds it hard to make any contribution with confidence, and are more prone to constantly undermining their potential with the false belief that they are ‘nothing’ and no good can come from them. As a result, people don’t understand their gifts well and are limited in their skill in managing them.

On the contrary, the biblical concept is of many members of one body, each playing our part (1 Cor 12; Eph 4). We are created purposefully different, not to compete, but rather to complement one another. Scripture emphasises the uniqueness of each person and the need to work in unity, celebrating the diversity of each individual.

To realise this, disciples need deep encounters with the Father, in Jesus through Holy Spirit. These experiences reveal the Father’s heart and our inheritance in the sonship of Jesus. They allow disciples to experience our loving Father imparting beloved son and daughter-ship to us by His Spirit who enables us (Rom 8:15-30). We need these processes that lead to a new understanding of who God is and what He is like, as well as a more biblical view of how God sees each individual. As people learn to connect with Father, Son and Spirit in this intimacy, truth is established and they can begin to live from this place. Only as disciples become clear about their unique value and contribution, will they be able to grow towards making that contribution with confidence.

When I met with Tabitha, she had planned her ministry proposal and was well prepared. As we talked though, she became aware of an area within her that was in the process of change. During the process of coaching, it became clear that while Tabitha had been strong in using a number of her talents in her work, there were one or two that had been neglected due to the fact that they were not celebrated in her family of origin or work context. She realised that she was strong in using and developing the talents that “got stuff done”. But, it became clear that her more intuitive talents were neglected and underdeveloped. In fact, even though Tabitha would enjoy using them, she had not given them any room and somewhat disregarded them because in her ‘growing up and working environment’ these were not celebrated or valued.

Our conversations helped her see that her inner transition and the need to embrace all her God-given talents were directly connected. She realised that the transition was actually about accepting all of who she is, not just the parts that are valued by her surroundings. As she changed her perspective on her intuitive talents and chose to intentionally operate in them, Tabitha experienced a new excitement. She had a new expectation to partner with Holy Spirit, and found more freedom to not have to control every aspect of her project. She found new faith in her ability to intentionally partner with Holy Spirit and began to operate in her new-found sensitivity towards Him and His work. This discovery became an important element of Tabitha’s own transition, moving her to embrace more of who she is and to live in greater fullness of who she has been created to become, and increased her impact on growth in those she minsters to.

In conclusion, we desperately need to create ministry cultures that celebrate and live as the Body of Christ for the sake of the world. There is a great need to help people identify their unique, personal contribution within their ministry, as they aim to impact people’s Christian spiritual formation. We need to facilitate those we disciple in: deepening their understanding of who they are; identifying and valuing their gifts; and identifying the personal impact they have on people in ministry and discipleship.

If you would like to know more or pursue coaching with Holger, you can contact him through www.holgerschein.com

Impression Management: Who Am I?

Something Terrible Has Happened: Genesis 3

The Gift of Growing Versus Making