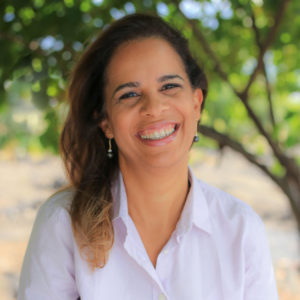 The word vocation comes from the Latin word “vocaré”, which means to call or name. It is a term that has been extensively discussed amongst scholars and theologians and throughout the centuries has been associated primarily with those who occupied positions within the clergy or church domain. That meant other forms of work, such as being a homemaker, a farmer or an artist for example, were considered less honourable and sacred for they existed to deal with life on earth rather than heavenly matters. Today the term vocation is mostly used to describe one’s career or profession, and the idea of work being part of our calling is a foreign concept to most.

The Impact of Dualistic Thinking. The separation between everyday work and Sunday worship has enormous impact on the effectiveness of the church in society. Many people mistakenly think that our engagement with the world has only a spiritual nature, resulting in spirituality often being divorced from what constitutes one’s work in this world. This disconnect comes from several points of origin, one being the Enlightenment, which changed the way we relate to the cosmos. Christianity has been heavily influenced by the resulting dichotomized thinking that separates the spiritual from the natural world. This has greatly influenced how we imagine vocation and a biblical view of work. According to author and speaker Landa Cope (2011), “In our focus on evangelism, missions, traditional church ministry, and the secular-versus-sacred dichotomy, we have nearly lost the theology of the laity, a godly perspective of work outside of the institution of the church”. Although the separation between the spiritual and natural world is not based on a biblical worldview, sadly dualistic thinking has been attached to Christian practice for centuries. In the fourth century, Eusebius of Caesarea revealed his dualistic thinking in describing the “perfect life” and the “permitted life”. Eusebius wrote:

“The perfect life was the one God called the clergy to—a life of prayer, worship, and service to Christ through the church. Other occupations, while not prohibited, carried less dignity. The labor of farmers, artists, merchants, and homemakers was not evil, but neither was it blessed, and these roles were certainly not callings from God. After all, they were concerned with the things of earth, while the clergy were occupied with the things of heaven”.

The reformation in the sixteenth century responded to both this and the humanistic view established in the European Renaissance in the fourteenth century, rekindling a biblical understanding that both ways of living are sanctified in the presence of God. Miller (2009) writes:

“Recovering a holistic, biblical worldview, they [the reformers] recognized that there’s no sacred-secular dichotomy but only a consecrated or unconsecrated life. What had been considered secular, was now understood to be related to the sacred.” The Puritans had an even more extensive view of the theology of vocation. They described that each person had multiple callings that needed to be held together. They understood that every Christian had a highest calling, a common calling, and a specific calling. They believed our highest calling was not to labor, but to Christ himself.  “Theology of Vocation” by Skye Jethani

Even today, we experience the effects of dualistic thinking in the church. Cope (2011) says that “over the last century we have devalued work outside the church to the point that much of the body of Christ feels they did not get the “good gifts” like preaching or evangelism.” Further, the present day church deals with a dilemma of a functional denial of the person of Holy Spirit as living and active in communication with us concerning our specific calling. Jethani (2014) says, “Christians are not equipped to engage their highest calling (communion with God) or to discern their specific calling (vocation).” To engage with God in the fullness of what He has planned for us, individually and corporately, cannot and will not be possible if we leave out a dynamic and ongoing relationship with Holy Spirit in our work place. Indeed,

“There truly is no division between sacred and secular except what we have created. And that is why the division of the legitimate roles and functions of human life into the sacred and secular does incalculable damage to our individual lives and the cause of Christ. Holy people must stop going into “church work” as their natural course of action and take up holy orders in farming, industry, law, education, banking, and journalism with the same zeal previously given to evangelism or to pastoral and missionary work”. (Dallas Willard)

If we are to be a people of influence that truly make an impact in the different spheres of society and in the lives of individuals, it is necessary that we embrace God’s perspective of vocation.

We continually ask God to fill you with the knowledge of his will through all the wisdom and understanding that the Spirit gives, so that you may live a life worthy of the Lord and please him in every way: bearing fruit in every good work, growing in the knowledge of God, being strengthened with all power according to his glorious might so that you may have great endurance and patience, and giving joyful thanks to the Father, who has qualified you to share in the inheritance of his holy people in the kingdom of light. (Colossians 1:9-12)

For further reading I recommend:
Benner; D. G. & Green, T. (2009). Desiring God’s Will: Aligning Our Hearts with the Heart of God
Miller, D. (2009). Life Work: A Biblical Theology for What You Do Every Day
Nelson, T. (2011). Work Matters: Connecting Sunday Worship to Monday Work

1 thought on “‘Thinking’ About Vocation”