Worthy is the Lamb who was Slain 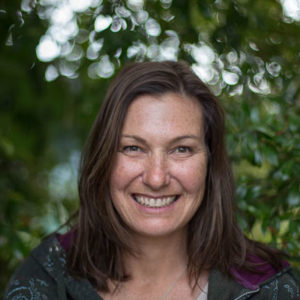 The Way of the Slain Lamb. In the garden of Eden, the first Adam had a choice between which tree to draw from. He chose the deception of the snake—to know good and evil for himself apart from God. He bought into self-striving and independence that marks the ways the powers of the world grasp for love and power and success and a false sense of life. In the garden of Gethsemane, the second Adam (Jesus) also has to choose a tree. This time He chooses faithfulness to and dependence on God’s love and goodness; He chooses the tree of life. But it doesn’t look like life at all. It looks to us surprisingly like defeat and uncomfortably like death. It’s the paradox and triumph of the slain lamb: through self-sacrifice and pouring out your life for others true life is found.

The Self-Sacrificial Trinitarian Life. I’ve heard it said that people who struggle to know and experience God’s love need only look to Jesus on the cross as the ultimate point in time proof that God loves you. Stephen Seamands, in his book, Ministry in the Image of God: The Trinitarian Shape of Christian Service, takes this further and I draw much of this blog from Chapter 4 of his book.

“Christ’s death not only supremely reveals the nature of divine love it also discloses what is eternally etched in the heart of God. Before creation, before the existence of the world in need of redemption, self-giving, self-sacrificing love marked the fellowship of the Father, Son and Holy Spirit.”

From eternity, the relationships between Father, Son and Spirit are marked by perpetual self-giving and mutual submission as they joyfully pour themselves out into each other. At the same time, mutually upholding one another as they continuously receive the fullness of the others into themselves. Seamands describes: “Each, freely laying himself down for the sake of the other two and, in the very act of losing his life, finds it in eternal joyous communion with the others.” The Trinitarian life at its very core is eternally self-sacrificial. The act of Jesus on the cross is much more than a one-off event to point to in order to know God’s love. It is an expression of who God is in His essence and what God’s love is like from eternity to eternity. Gunton calls it “an ontology of sacrifice”. Ultimately, the obedience of Jesus, including his death on the cross, shows us the inner life of God.

…the amazing love displayed in the self-emptying of God on Good Friday is “no arbitrary expression of the nature of God: this is what the life of the Trinity is, translated into the world.” Rowan Williams

The Triumphant Lamb. Dying to self flies in the face of everything worldly powers tells us is success. When we look at the scripture through the lens of Jesus defeating the powers, the powers (often represented by Babylon, Persia, Assyria) are the ways promoted by other nations and gods of achieving dominion, success and power. Other nations and gods relied on riches, military might, sacrificing others (literally their children in the fire), alliances, sexual practices etc. Their confidence was rooted in these things. Israel, on the contrary, was not to count their number of fighting men or brag about wealth or military might (think David and Hezekiah)… they were to practice faithfulness and dependence on God. He gave them victory through His ways. The ways of God stand over and against the ways of the powers of the world.

On the cross, Jesus defeated the powers. Not by establishing Israel as the world power of which He was president, but by becoming the slain lamb. We need to wrestle with this. In Revelation 5, when the mighty angel is looking for someone worthy to open the seal of judgment on the worldly powers, no one can be found. Finally, one comes forward who is worthy—the slain lamb. Think about that for a minute. Think of the wealth of the wealthiest kings, think of the might of those who have ruled and conquered and oppressed… it’s not the wealthier, it’s not the greater conqueror. It’s the humble image of a lamb that has been slain. The bloodied lamb. He’s worthy.

Then I saw a Lamb, looking as if it had been slain, standing at the center of the throne, encircled by the four living creatures and the elders. The Lamb had seven horns and seven eyes, which are the seven spirits of God sent out into all the earth. He went and took the scroll from the right hand of him who sat on the throne. And when he had taken it, the four living creatures and the twenty-four elders fell down before the Lamb. Each one had a harp and they were holding golden bowls full of incense, which are the prayers of God’s people. And they sang a new song, saying:

“You are worthy to take the scroll
and to open its seals,
because you were slain,
and with your blood you purchased for God
persons from every tribe and language and people and nation.
You have made them to be a kingdom and priests to serve our God,
and they will reign on the earth.”

Then I looked and heard the voice of many angels, numbering thousands upon thousands, and ten thousand times ten thousand. They encircled the throne and the living creatures and the elders. In a loud voice they were saying:

“Worthy is the Lamb, who was slain,
to receive power and wealth and wisdom and strength
and honor and glory and praise!”

Then I heard every creature in heaven and on earth and under the earth and on the sea, and all that is in them, saying:

“To him who sits on the throne and to the Lamb
be praise and honor and glory and power,
for ever and ever!”
The four living creatures said, “Amen,” and the elders fell down and worshiped.
Revelation 5: 6-14

Called to Participate in God’s Self-Giving: When our cultures seduce us with self-fulfilment and success, submission and surrender seem like ‘a death’. But, our drive toward independence and self-centredness is a defective compass. Sin and death are rooted in deep-seated self-centeredness and God’s remedy is self-sacrifice. As Seamands shares, the triune persons are self-actualised not through self-assertion but in self-giving and self-surrender and the same is for us. It is self-giving and self-sacrifice that take us to the heart of God and to our truest sense of self as well.

“For in self-giving, if anywhere, we touch a rhythm not only of all creation but of all being. For the Eternal Word also gives Himself in sacrifice; and that not only on Calvary…. From before the foundation of the world He surrenders begotten Deity back to begetting Deity in obedience…. From the highest to the lowest, self exists to be abdicated and, by that abdication, becomes more truly self, to be thereupon yet more abdicated, and so forever.” C.S. Lewis

When Jesus calls his disciples to lose themselves to find themselves (Mark 8:4-35), He is inviting them to follow and participate in the life of God for the sake of the world. As bearers of the divine image, we too find our life by losing it—by pouring it out for and into others in faithful dependence on God. Since self-giving is at the heart of God and humanity, it is also at the heart of Christian realtionships, community and ministry as we follow the way of Jesus, sharing in His continuing ministry. In this way, His Kingdom will be established on earth as it is in Heaven.

The Bible Project video on Revelation says when John sees the messianic army of God’s kingdom it’s made up of people from all nations, a multi-ethnic army of the lamb that can stand before God because they’ve been redeemed by the lamb’s blood and now they are called the conquerer. Not by killing their enemies, but by suffering and bearing witness just like the lamb.

As I meditate on the Lamb that was slain this Easter, I realise that I don’t always appreciate how radical this is, how utterly upside down (or right side up!) this is. We are called to follow the slain lamb and become like Him in everything we do. In pouring out our lives for others and the world we become more fully human and enter more deeply into the heart of God.

Phil Wickham – This is Amazing Grace

The Glory of the One and Only Son

In Him was Life