Something Terrible Has Happened: Genesis 3 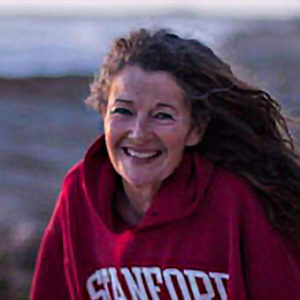 God created the world good, and invited us to join him in bringing universal flourishing throughout creation. But…

“…something terrible has happened, and things are not what they are supposed to be.” (Chris Hall)

It has been said that Genesis 3 is the saddest chapter in the Bible. Genesis 1 and 2 breathe original design, love, goodness, blessing and purpose. In Genesis 3, something devastating takes place that ruptures the relationship between God (Father, Son and Holy Spirit) and those made in his image.

If you would like to, listen to the following link from the Lord of the Rings soundtrack called Bridge of Khalid-Dum, a scene in the movie of the devastating loss of Gandalf while fighting the Balrog. Playing in the background, allow the music to set the tone for the rest of the blog.

Play it in another tab by clicking here

It is far too simple to say that Adam and Eve (the representative name we give to the first humans) chose to go their own way in disobedience, rebellion and independence from God. How did Adam and Eve come to a decision like that when all they had known was the tender and exhilarating experience of walking in the garden with their Creator? What happened in the minds of the first humans to cause this ruptured relationship with God?

Many of us know what it is like to entertain a doubtful thought about someone else. It starts as a small thought, and begins to grow. Maybe we feel slighted by a friend, or we don’t get that long-awaited invite to an event when others have received one? Maybe we hear something negative about a friend which beds-down and settles into our thoughts, and we begin to think it is true. And then we begin to know it is true.

What was the thought that grew inside the heads of Adam and Eve? What did evil (the enemy of God) speak to our ancestors? Curt Thompson, author of Anatomy of the Soul, suggests that doubt around God’s love and his good intentions for humankind was spoken into the souls of Adam and Eve.

A terrifying doubt began to bury its thick roots deep inside the minds and hearts of those who had only experienced God’s love. They listened and responded to a blatant lie that was loaded with destructive intent, and allowed space for it to develop as it poked and prodded its way into the deepest part of their personhood…

“He (Adam) believed himself to be standing guilty before a divine being who was as unstable as he was. Sheer terror struck his soul, for in his fallen mind, he was staring down the gun barrel of utter rejection…the truth of the Father is eclipsed. The unforgettable love of the triune God is now forgotten, so forgotten that it is now inconceivable. A profound blindness has taken over Adam’s mind. He cannot see the Father’s face.” (Baxter Kruger)

How could Adam and Eve trust the God of their broken imaginations? A blindness settled on our ancestors, and their souls began to curve inward.

And so the great universal hiding began.

Was the relationship between God and humankind over before it had hardly begun? How did God respond to Adam and Eve in Genesis 3?

“…in an act of sheer grace, of keen awareness of Adam’s fear and identification with him in his pain, and as an act of determination to meet and relate to him in his fallen state, the Lord accepted Adam in his shame, and related to him as he was. He clothed him.” (Baxter Kruger)

He clothed Adam and Eve..

We see a deeply affected but unoffended God, one who was not intent on judgement and punishment. Our skewed thinking leads us to believe that God responds as we might respond, but he does not. God appeared more concerned with his lost and terrified people than he was with his honour, and he clothed them.

“The Lord’s response to Adam’s fall is as remarkable as it is beautiful.” (Baxter Kruger)

God is not the angry, offended Father who berates his naughty children. Rather, he collects us into his arms, and loves us back to health.

Well-loved author, Bob Goff, tells of the passion his dad had for guns. One day, as a young boy, Bob is finally allowed to shoot a gun. His dad is certain there is no live ammunition in it. It turns out there is a bullet in the gun. Because of the way Bob holds the rifle, he is injured and ends up unconscious, bloodied, and taken to hospital. Bob tells this story because many people, when they preach on sin, use gun analogies to speak about “missing the mark.” Bob flips this, focusing instead on his dad’s response.

“These days, the view of God I hold onto isn’t him being mad because I’ve missed the mark. It’s the one of him seen through a bloody eye, scooping me into his arms, getting blood all over his shirt, and carrying me away to get healed.” (Bob Goff, Love Does)

God is good, and he “cannot help but meet us with compassionate love.” (Richard Rohr)

The show ain’t over…

Impression Management: Who Am I?