What I’m learning about Adoption 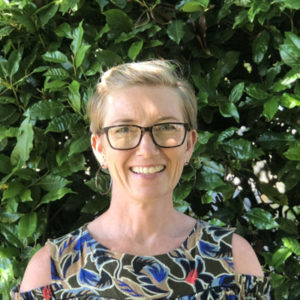 Ten years ago today, on a wet and wintry day in Cape Town, we brought home a little fuzzy-haired bundle who was to bring us even more joy than we expected. In that slightly surreal and deeply spiritual moment of receiving our daughter, we stepped into an experience of adoption that has changed, enlarged and taught us so much.

In all the months leading up to that day, I had a vague sense that this was about something special. But it was a sense that was just out of sight; like when you become aware, before you can see them, that someone you love has entered the room. All I knew was that it felt weighty, it felt full of promise, it felt pregnant with meaning and profoundly godly.

Since that time, already a decade ago, I have moments when I stop to wonder at this miracle we are part of. I am a little leery of people who say, too easily it seems, that adoption is a way of expressing God in the world. It makes it somewhat 2-dimensional for me, as though we are like God and Manu is like crumpled humanity, rescued and redeemed by our benevolence. I would never put it that way. Together with her and her sister, we have all stepped into an experience of something that is other-worldly. No, it’s not that we live an extra-ordinary life – free of tantrums, messy bedrooms and overdue homework – rather that we live out something supernatural in the middle of our very ordinary lives.

What’s it all about, then?

Adoption is about inclusion
You know, I think somewhere deep inside each one of us we have the idea that we are alone. It might just be me, but I’ve interacted with enough people to guess that it’s most likely universal! For some people this manifests as a negative thing, like rejection or isolation, and for some as an apparently positive thing, like self-reliance or independence. It seems to me that this is a fundamental ‘bent-ness’ at the core of who we are.

The Spirit of God – the Spirit of Adoption – meets us in our aloneness and invites us into a place of inclusion. United with God – Father, Son and Spirit – we find ourselves no longer alone but included in a place of relationship, mutuality and love. In this place we find who we were meant to be, not alone but intimately and radically connected into the relational being that is God.

And when the day comes when she faces the inevitable sadness that is part of adoption, the sorrow of what came before she became part of us, will that change the truth of her inclusion? No. She may feel alone, she may feel rejected, she may feel different, separate, apart; all that is a normal part of grieving for what could have been. And always, no matter how she feels, the truth of her life – a truth she will come to experience more fully after grappling with it – is that she is included, she is part of us.

What does that say about our place in God?

Adoption is about belonging.
I’ll never forget the day we sat in the courthouse in Simon’s Town, in front of the vast desk and the equally vast paunch of the presiding judge, as he told us, “It is as if she had been born to you.” This phrase is written onto Manu’s birth certificate and tattooed on my heart. She belongs to us, not in the sense of ownership but in the sense that we are her place in the world, we are inseparable, her place of primary attachment is with us.

When a person knows where they belong, they can be at rest. Here we are, a British couple raising two third-culture kids, both of whom were born in Cape Town and one of whom is adopted. We live in Spain, they both speak Spanish, as well as English with a British accent. What gives them the confidence to navigate their world, to be themselves in different cultures, to keep a sense of who they are and where they come from? It is because they know where they belong.

Manu, my beautiful South African with a British passport who speaks Spanish like a native. She belongs where we are – where there are homemade rusks to dunk in her morning tea, with the BBC news playing in the background; where the books are of African folklore and Spanish tales; where her favourite South African singer features in the CD collection and where her dad reads Lord of the Rings aloud. She is not defined by the colour of her skin, or by the colour of ours. She is more than any place she has lived and any language she has spoken; she belongs.

And all of us were made for a place that whispers belonging to us in those sleepless night hours. In those moments of silence, standing in the wind on top of a hill, or bending over a newborn to watch her breathe. We were made for a place of wholeness and celebration, a place of abundance and fulfilment. It is our adoption as children of God that guarantees a place of belonging for us, it reminds us that our primary attachment is there.

The truth spoken over each one of us is this, ‘It is as if you had been born to God.’

Adoption is about being made of the same stuff.
Manu makes me laugh when she talks about inherited traits. Her knowledge of genetics is blissfully limited at this stage, leaving her free to talk about the way she shares such-and-such a personality trait with me, or such-and-such physical attribute with her dad. She talks about the ways she is similar to this cousin or that, and the way she and her sister both sleep with their arms lifted up over their heads as though they were waving.

Of course, I get that Manu doesn’t share my genes. But in other very real ways we are made of the same stuff. There’s a facial expression she has when she’s been asked to smile for a photo and she doesn’t want to; I swear it’s like looking in a mirror when I see her do that. There’s a turn of phrase that sounds way too grown up for her age, and I could easily imagine I were talking to her dad. There are stories she tells of memories she shares with her sister, and they both start laughing at the exact same point in the story because they know what is coming next.

When I am driving Manu to school, I reach my hand back to where she is sitting behind me and she connects her fingers with mine for a minute. It’s our way of saying, ‘I love you, I hope you have a good day.’ When she’s with my husband, Tim, the two of them have entire conversations I barely understand, citing characters from Harry Potter or scenes from the latest football match they followed.

We are who we are because of one another. Our lives are impossible to disentangle, our shared experiences like a mesh woven between us and holding us together. We imitate one another, we tell stories for which we all already know the ending because we were there. In so many ways, we are made of the same stuff.

In the same way, we are shot through with the stuff of God. We are in His story, we are becoming His truth, we are filled with His Spirit. When you reach out to that hurting person and enfold him in your arms, you look just like your Father. When you tell that story and get passionate about that particular point, I hear Him somehow. We are one, together with Him, and we are who we are because we are inter-permeated with who He is. But here’s the kicker: what if our being who we are affects Him too? He is who He is in some unfathomable way because of humanity. Jesus took on flesh, lived life as a blood-and-bones human, is seated at the right hand of the Father in His resurrected body, and the Godhead is forever changed by this reality.

This article, What I’m Learning About Adoption, was first published on 12 June 2018 on Miranda’s blog ‘Making the Way by Walking’.